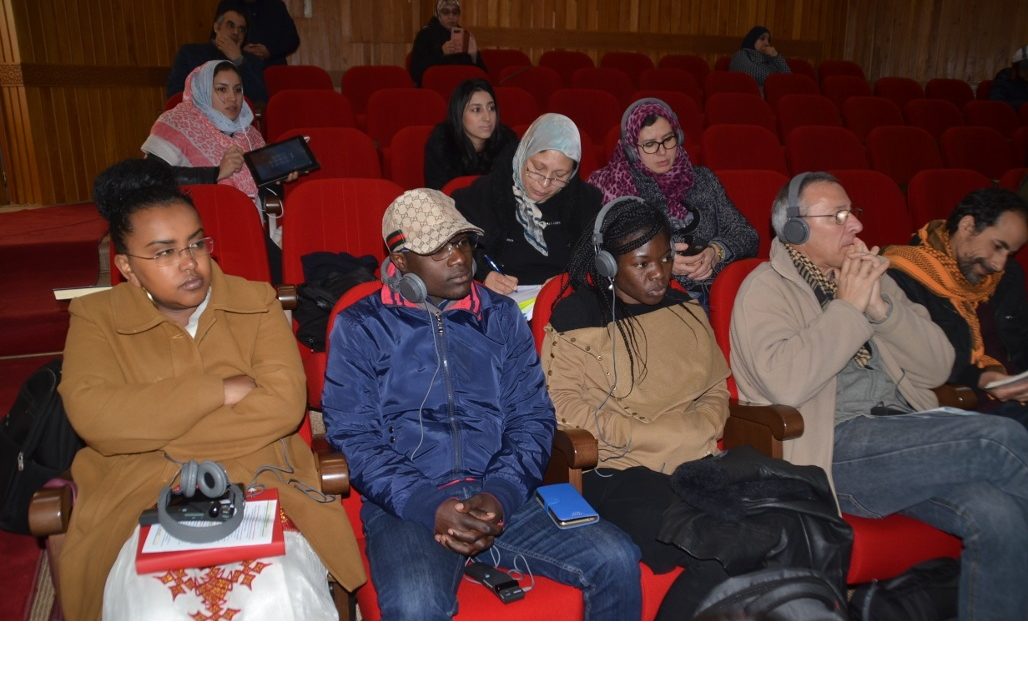 For the first time Abrahamic teams have met in Marocco. Initiated by the University of Rabat Mohamed V and the Abrahamic Forum in Germany, keynote speakers included the Archbishop of the diocese of Rabat, His Excellency Christóbal López Cristobal, the General Secretary of the Jewish community Dr. David Toledo as well as rabbis, priests and imams.

The speakers emphasized the close relationship of their religions with each other, as they all are characterized by mutual values such as human dignity, hospitality and commitment to peace. Religions are against extremism and violence. These values must be passed on to younger generations.

Prof. Dr. Karima Bouaamri (Mohamed V University Rabat) has planned a “Young Abrahamic Caravan” for this year: Young Muslims, Jews and Christians will be organizing an Abrahamic meeting in Fes after which they will travel together to Oujda and later on to Rabat.

The religious situation in Marocco is changing. For centuries Jews have been lived in Marocco. However the number of Christians is increasing due to immigration and refugees from sub-saharan Africa. Both religions enjoy many liberties in Marocco.

The next meeting of Abrahamic Teams will take place from 28 -30 October 2019 in Rabat.  Participants will come from the Middle East as well as Northern African countries. Various activities are planned such as talks about the conservation of biological diversity. The concept of Abrahamic Teams has been developed in Germany and is currently growing rapidly in mediterranian Countries.

Participants of the conference included the managing director of the Abrahamic Forum, the general secretary of Muslims in Germany Abdassamad El Yazidi as well as Ouarda Kaddouri of the Young Abrahamic Team.

Maroccan broadcasting companies as well as the newspapers covered the event. Talks were held with the “Forum of the Enhancement of Peace in Muslim Societies”.

Abrahamic Teams in North Africa and the Middle East are sponsored by the Allianz Kulturstiftung, the Robert Bosch Stiftung and Brot für die Welt. The Abrahamic Forum e.V. was founded in 2001 in Darmstadt. Its founders are members of the Central Council of Jews in Germany, the Alliance of Christian churches, the Central Council of Muslims in Germany and other Muslim associations, the Spiritual Council of the Bahai in Germany, scientists and experts. For more information visit our website. Pictures of the Rabat conference can be sent upon request.

A short movie in Arabic language can be watched: http://www.soziale-dienste-jugendhilfe.de/files/Konferenz%20in%20Rabat%20(Marokko).mp4