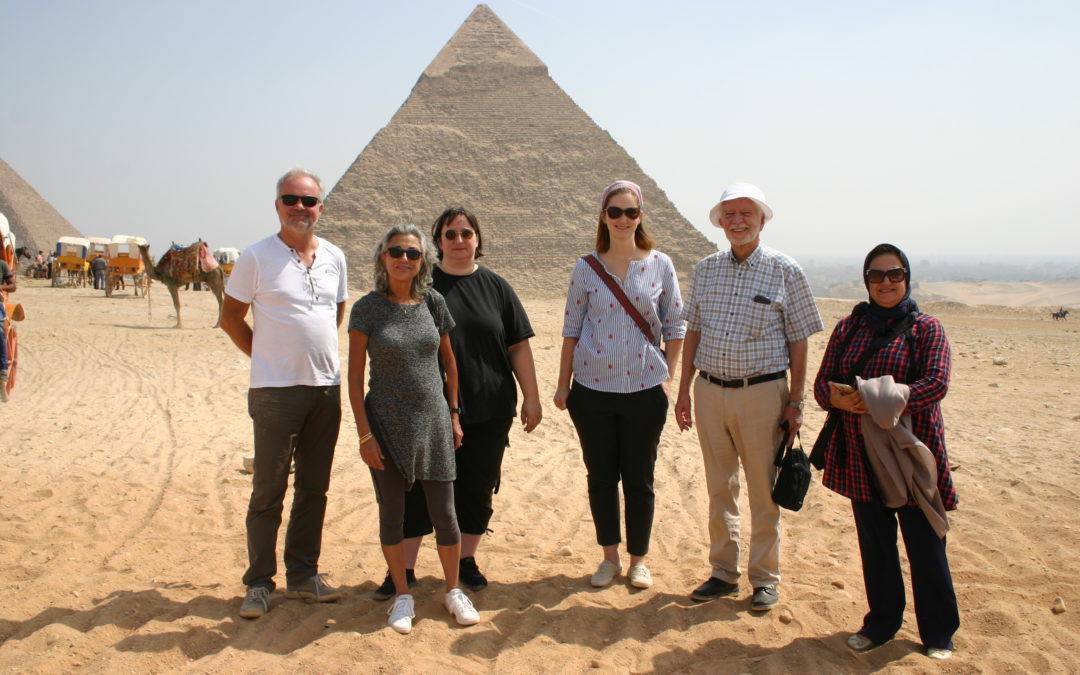 The project “Abrahamic Teams in Mediterranean countries“, organized by the Abrahamic Forum in Germany, brought twenty personalities from Egypt, Israel, Italy, Jordan, Morocco and Germany together in Cairo. It is intended to coordinate and enlarge future cooperation. Jews, Christians, Muslims and Bahá’i exchanged experiences on how their countries can develop the Abrahamic and interreligious cooperation.

It is a matter of fact that religion has a strong impact on the efforts of overcoming racism, poverty and reasons for refugee movements. Religion also takes a central place in the preservation of biological diversity and peacekeeping. The Abrahamic Forum in Egypt as an association of Jews, Christians, Muslims and Bahà’i was established in 2016. Since then, several workshops were arranged in cooperation with regional advanced schools.

The Academy of International Dialogue in Cairo was founded for the education of imams, priests and other adequate dialogue partners. As a platform of exchange the Academy wants to deepen a profound knowledge of different religions and overcome terrorism in the end. Representatives of religion and politics as well as scientist of the local Al-Azhar- University and the public gathered at the inauguration of the academy in Cairo, which was built up by Prof. Dr. Tharwat Kades. The opening was brightly and positively discussed by Egyptian television, radio broadcastings and newspapers. Rooms and offers of the Academy are open to any coordinator from Egypt or abroad who intends to plan intercultural or interfaith events. A first seminar on interfaith dialogue took place straight away. In this context it can be illustrated that Muslims in Egypt get more and more open in the dialogue with Christians as well as Bahà’i, Buddhists and Hindus. Most of the more than 90 million Egyptians have an Islamic background, more than ten million belong to the Coptic-orthodox society and more than one million is Protestant.